The waves crash against the shore
whether I watch or not,
but what of the beaches?
Who has drowned in the surf?

I hear the roar of the tides crash.
You wouldn’t think the sound would
be loud enough to distract me
from my normal life. So far away.

Anxiety has always told me
that I would drown — even on solid ground —
and age has taught me that the old fear lies.
But the crash of the waves grows louder
from the ocean that is too far away to see.

I want to believe that my fears are still lies,
but I have seen the inland tides rise
to swallow the house I thought was safe.
Tomorrow isn’t today.
Tides can be measured but not guaranteed.
They shift and recede and rise
and flood. 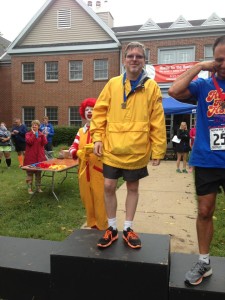 I just discovered that Duotrope Digest is moving to a paid model after being free for some seven years (on the donation model). Duotrope is a great resource for writers, including listings of a vast number of markets and a very useful submissions tracker for keeping up with what stories have been sent where. In all the time they’ve been on the donation model, they’ve never hit their targets, which either means their targets are too high, or writers are too tight (or broke).

I’ve donated in the past. About $10/year that I’ve seriously used it. Which is two, even though it covered a timespan of four years. The new cost is going to be $5/month or $50/year. That’s a little high, but I’d be tempted to pay, for the ease of their search features and the tracker. It’s a little high because unless and until I’m publishing regularly, that’s a bit much for a hobby. Still, they have the easiest to use features as far as I know, and I spend stupid hobby money all the time.

It’s not the price that really concerns me. At least not directly. As useful as the listings and tracker is the data mined from hundreds of users inputting their submissions. There are stats for the fastest and slowest responding markets. Every market gives an estimated response time, but those can vary widely in their accuracy. Through Duotrope, you could see if a magazine said “allow 60 days” but returned most submissions in less than a week. That suggested that one’s story held for 60 days had received more consideration. Conversely, you could see the markets which were simply chronically late.

If most writers using the service decide that the price is too high, as the early feedback suggests, the amount of data on all of these markets is going to drop enormously. Considering only 10% of users have ever donated, one could expect the data input to drop by 90% (depending on how active those non-donating users were). Not to mention most users did not donate $50/year, which suggests that fewer than 10% will subscribe.

Without all of the user input of response times, the usefulness of the Duotrope database could drop exponentially over the next year, leaving them with only two valuable services, market search and submissions tracking, which can be accomplished for free through Google, Ralan, and others I’m certain and a spreadsheet.

I like Duotrope, and I don’t want them to shoot themselves in the foot. Losing all the free users may take away their most uniquely valuable asset–A wide range of market response data.

If they kept the submissions tracker and search functions free, they would preserve the data collections functions and could charge for more detail on individual markets. Because I might pay $5/month for that data, but I won’t pay that much for a spreadsheet and a search engine.

Now I suppose I have to go out and find some way to market this thing, eh? Not to mention finishing another book–which is so close I can taste it. And it tastes a lot like stale cigarettes, so I’d like to be done with it already.